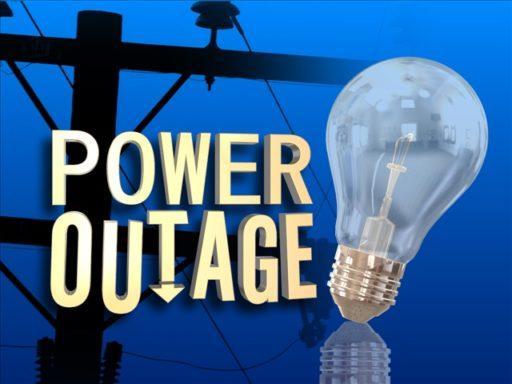 Primary Substation Outage Update
On Sunday, August 18 roughly 7,000 PES electric customers found themselves in the dark.  Calls began to flood the after hours outage line around 10:00 PM from customers across the county followed by tons of Facebook messages.
TVA reached out to David Kelley, Dispatch Manager, informing him that the Primary Substation on Elkton Pike had lost power. The on-call dispatcher dispatched crews to the substation to begin evaluating and troubleshooting the problem while several other employees rushed to the office to assist with calls. Upon arrival at the Primary Sub, PES crews quickly noted a CT (current transformer) had malfunctioned causing the outage.
PES has a total of 9 substations with three being TVA delivery points. The Primary Substation on Elkton Pike and Walter Anderson Substation located on Industrial Loop Road are both delivery points and both feed other substations, while the Lynnville Substation, the third delivery point, is a radial-fed station from TVA’s Culleoka line. When power is lost to either the Primary or Walter Anderson subs, it impacts a large portion of the county.
This is exactly what happened Sunday night. When the CT equipment malfunctioned, power was lost to the Primary Substation; the Primary Substation supplies power to the Elkton, Industrial Park South (IPS), and McKibbon Lane substations. Those four substations serve approximately 7,000 of our 14,000+ customers.
Crews quickly and safely replaced the equipment and began restoring power (in phases) to all customers that were impacted. At 11:35 PM, electricity had been fully restored and the streets of Pulaski/Giles County were bright again.
Richard Kelley, CEO and Kirby Parr, COO stated “they were very pleased with the PES staff” as they worked together during this time. PES takes pride in providing reliable service to the citizens of Pulaski/Giles County, and we do not take outages lightly. “We understand the medical necessities for electric service and we also do not under estimate the importance of a fan during the summer nights” Kelley said lightheartedly, which is why our staff sprang into action and worked diligently until the problem was solved.
Kelley would like to personally thank his staff, 911 operators, and Law Enforcement Agencies for their assistance and quick response. It not only takes a village to raise children, it also takes a village to keep everyone safe and up-to-date during an outage.
PES would like to remind customers that during an outage phone lines can get overloaded with calls in the dispatch center causing customers to receive a busy signal and/or a message to the effect you have reached an invalid number. Outages can also be reported and monitored via the SmartHub® app. We ask that you do not call 911 to report electric outages as we do not want to risk the operators missing any medical or life-threatening emergencies. During outages, we will continuously update our Facebook page with any progress that has been made and estimated times of restoration as we receive information from the lineman in the field.