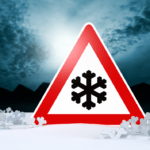 The mixture of rain, sleet, and ice made its way into our service area late Sunday evening. Our system remained stable until mid-day on Monday, when trees and limbs began to fall through power lines. As the day progressed and temperature continued to fall, outages began to increase. PES Crews and Dispatchers worked throughout the night to restore power to those that were impacted. Crews were able to restore power fairly quickly to most residents, with the exception of the Wales Estate area. A tree had fallen, knocking down four spans of wire. Due to the inclement weather conditions, PES field personnel had to physically climb power poles to replace power line while treading lightly on icy roads and grounds. After a long night of working around the clock, Wales Estate was back hot Tuesday morning.

As of noon, Tuesday, February 16, there are a little over 60 customers without power. Those customers are located in the Northridge area. Crews are working to replace transformers and lines in an effort to restore their electric.

We would like to thank everyone for their patience during this time. We are honored to serve this community – our community!